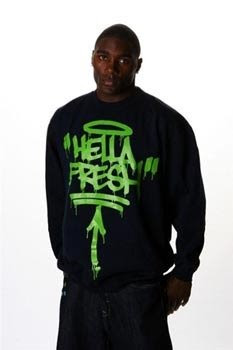 D Wizzle has found out that UFC welterweight fighter, Anthony "Rumble" Johnson was detained and held in a holding cell for about three hours on June 27 due to domestic violence charges by an ex girlfriend of his.

The MMA forums and websites have been reporting that he was arrested on domestic battery charges. Some websites and forums have also stated that he kicked down the woman's door, choked her, and beat her up.

My sources say this is NOT the case at all. I have it on good authority that it was a heated argument by two parties and they both exchanged words and there was no physical violence exchanged at all.

Johnson will have his day in court on July 17 when he goes to a pretrial hearing according to MMAmania.com.

I have also learned that it was not the UFC that bailed out Johnson but instead, it was a close friend of his.

There has been wild speculation about what happened on June 27, and I cannot get into detail about the incident but from what I hear and know, Rumble Johnson is completely innocent of all charges.

Unfortunately for Rumble, he has to learn the hard way that the media and the fans on the Internet can quickly turn on you due to false rumors. Due to the charges and Internet rumors, Rumble's reputation has taken quite a hit.

Just like everyone of us, he is innocent until proven guilty and the facts of this matter will come to light, and I believe Rumble will be cleared and exonerated of all the  serious charges and allegations.
For more on Anthony Johnson and previous interviews  and exclusive videos with him on D Wizzle's World, click below -
http://dwizzlesworld.blogspot.com/search?q=anthony+johnson
Posted by D Wizzle at 10:57 PM

Another African American man getting a bad rap you say?

he is guilty as charged and he will not be cleared. have fun in jail and hope u get rumbled on my dude!

He aint going to jail for a misdeminar anyways. Will probably just get a fine and do some community service work.

Let's not stand in judgement or cast stones. Let the court handle the matter.

Thanks for the updates. If he is guilty then I want to beat his ass down but if he is not, I want everyone to own up to talking shit about him and send the bitch to jail!!!

Domestic Abuse these days can be anything. Yelling and cussing a girl out is also considered domestic abuse. If he did beat her down he would have stayed in jail or be charged with a felony. He only stayed in a holding cell for 3 hours so it has to minor.

met this dude before and took a picture with him and he was nothing but nice. My boy got a pictture with him too and even though he seemed in a rush he was cool enough to shake our hands and take pictures. Made us fans of his and we don't care about no police charges because the police always lie and i ain't even talking about bitches yet either

Next time you go for his eyes!!! One gouge then another and then another. He will fall flat on his face

Keep ya head up AJ! We know you are innocent! The truth shall come out!

Thank u 4 ur comments on me.its all good every1 has there own opinion of me.No I didn't hit her if I did there would b some oj simpson shit goin down asap so that alone should tell u something but if I did it where r the photos? The police aways take photos of battered females. That's all ill say but thanks anyway good or bad the fans mean a lot 2 me. U all keep me ticking that's 4 sure.
Rumble

Thank u 4 ur comments on me.its all good every1 has there own opinion of me.No I didn't hit her if I did there would b some oj simpson shit goin down asap so that alone should tell u something but if I did it where r the photos? The police aways take photos of battered females. That's all ill say but thanks anyway good or bad the fans mean a lot 2 me. U all keep me ticking that's 4 sure.o and 1 more thing if I hit her don't u think it wouldve been all over the net the next day instead of 2 weeks later? U all know how I hit so once again take a guess of what really went down.
Rumble

Rumble your true fans never doubted you man. Keep kicking ass and taking names! And worry about whats actually important, knocking chumps out! Man I can't wait till you get that title shot with GSP, with the rate your progressing it should be in no time! Train hard man and give your all and your fans will never doubt you.

stupid people that believe everything a woman has to say, some women do a lot of things wrong when we don't get our way. some women are low down enough to lie on someone... this man is an amazing person and he would never do what has been said... know your facts before you make judgment calls. helpless women aren't all that helpless, this is coming from a woman btw.. and if he had hit her, she'd be messed up and then some...

Just something for everyone to think about. 1. If he did punch her in the face, shoulder, or lets even say the leg she would still be in a coma TODAY! 2. Seeing that she aloso has traind in martial arts and body building wouldnt the whole darn house be f-ed up from the RUMBLE! think about it...